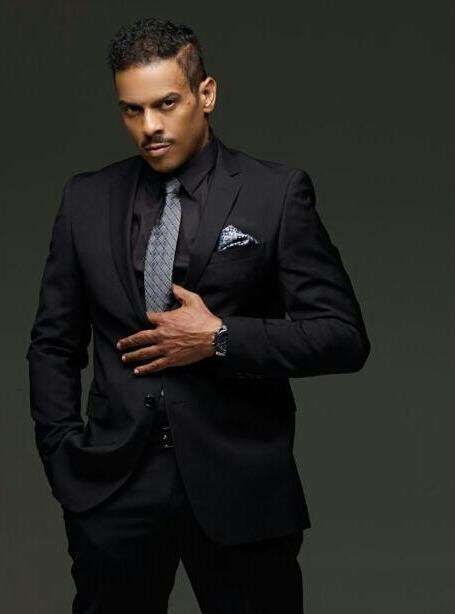 Christopher Williams is an American singer–songwriter and actor. Williams, who emerged during the late 1980s as a recording artist for Geffen Records, has scored many R&B hit singles, notably "Talk to Myself" (1989), "I'm Dreamin'" (1991) and "Every Little Thing U Do.

The single "I'm Dreamin'", from the New Jack City soundtrack, became a No. 1 single on Billboard's Hot R&B/Hip-Hop Singles & Tracks charts. After a six-year hiatus from recording music, he returned to the scene with Real Men Do on the indie label Renegade, in 2001. It received a glowing, flattering review in Ebony Magazine that summer. In between solo pursuits, he has been a contributor to Alex Bugnon's "As Promised," with a smooth-jazz version of Mary J. Blige's "All That I Can Say," featured on "In Your World" with Twista & The Speedknot Mobstas, a very up-tempo track on the soundtrack of "Doctor Dolittle," and on the Cafe Soul All-Stars CD with a single titled "Used To Be." Other soundtrack contributions include: "Tha 2 of Us" from the film Bulletproof, "Superhero" from the film Butter, "Boom and the Bang" (featuring R&B songstress Monifah) and "I'm Yours" from the soundtrack of the stage play Men Cry in the Dark, and "Stranger In My Life" from the film Gunmen. Additional collaborations throughout his career include: "Round and Round" and "No Sunshine" from the CD Phuture Flava, "Love You More Than Words Can Say" from the CD Soul Blitz Allstars, "I Hope That We Can Be Together Soon" (a duet with Miki Howard), "You Are So Fine" (a duet with Shae), "Can't Wait To Be With You" from the DJ Jazzy Jeff & The Fresh Prince release Code Red, "I Wanna B Ure Lover" from the F.S. Effect release So Deep It's Bottomless, and "Sexual Healing" (a duet with reggae dancehall queen Patra). At the end of 1994, Williams was also part of the group Black Men United for the hit single "U Will Know" for the film Jason's Lyric and its movie's soundtrack album, along with El DeBarge, Al B. Sure!, Gerald Levert and others.

Williams appeared in the 1991 film New Jack City in the role of Kareem Akbar, one of Nino Brown's assistants. He also had a cameo appearance in the 1990s police drama New York Undercover as "the singer," performing "Stranger in My Life," in the episode titled "The Shooter." He had another cameo in Gunmen, starring Christopher Lambert and Mario Van Peebles, singing a song titled "Stranger in My Life". Williams has also starred or co-starred in several successful off-Broadway theatre productions during the 2000s, including A Good Man Is Hard to Find, A House Is Not a Home, Men Cry in the Dark, The Love You Save, and The Man He Used to Be. Recently, Williams played a main character in the stage play The Clean-up Woman, written by JD Lawrence, alongside actresses Telma Hopkins and Jackée. Williams also appeared in the stage plays Guilty Until Proven Innocent starring K-Ci & JoJo, and The Man of Her Dreams starring Shirley Murdock and Dave Hollister of Blackstreet fame. Williams also played the role of "Ned" in the Reuben Rox 2002 B movie comedy/horror/thriller film Revenge of the Unhappy Campers (bootleg alternate title Night of the Unhappy Campers). This particular work has not been released to DVD for sale, though it can be rented in some larger markets.